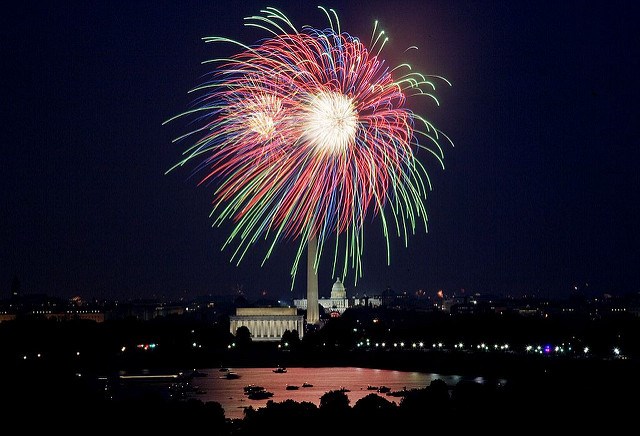 Drone swarms may seem like more of a DARPA project gone wrong than anything you might experience in your day-to-day, but that could change. Giant companies like Walt Disney and Intel are already using mass quantities of drones in swarms as high-tech entertainment and display tools.

They obviously don’t have quite the same effect as the traditional firecracker (a steady whir of propellers vs the chaos of fireworks exploding in lightly orchestrated glory)... And they’re no less tricky logistically, but don’t be surprised if you see these popping up at more and more public events. Does anyone see this being a thing on the 4th?

Some Random Facts About Independence Day

Celebrate the 4th of July

Christmas in July is a popular North Carolina tradition. West Jefferson, NC celebrates the occasion annually on the first Saturday of every July. Unfortunately this is one of the years that the annual celebration does NOT coincide with the 4th of July holiday (if you can hold out, this happens next in the year 2020).

Not to despair! There’s plenty going on in the Cape Fear area for the 4th: