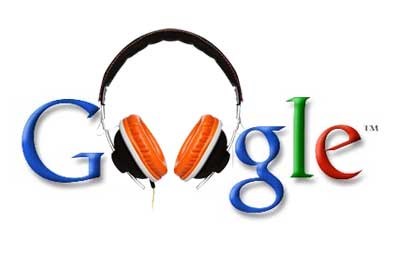 Watch out iTunes, Spotify, Last.fm, Pandora, 8Track, GrooveShark, and The Rest Of The Internet In General -- The Google Music Project is coming for you. The project, which Google hopes to be the end to a painful, unshakeable string of semi-questionable attempts at integrating into the social media realm , seems (in my personal opinion) to be their most potentially successful yet. The secret? Free stuff. A lot of free stuff. Free music, free storage space, free accounts, free unlimited playtime...Google Music provides the works. How can they supply this level of services to you, free of charge? Because they're Google. That's right suckers.

The new Google Music, released from its Beta stage mere hours ago, seems to serve as a one-stop media suite for music storage, playback, access, and purchase. And if there's one thing that the internet in 2011 loves more than free music, it's the concept of cloud storage, which Google Music has in spades. You can store up to 20,000 of your own songs (at up to 320 kbp/s in quality) on their cloud hosting, in addition to the songs you purchase from the Android store. This means instantaneous access to your music library anywhere and everywhere that has an internet connection.

And the best part? There's a free Busta Rhymes single being promoted on the homepage! Ok, no disrespect to Mr. Rhymes but that's not the best part. The best part of Google Music is the Android synching, worldwide access, and hands-free access to a vast library of music. As a good service should, Google seems to be catching up to the core concept of Apple's marketing strategy for the last decade: create something which users grow to depend upon. While that may sound a litle too extreme and similar to a drug addiction, just see what happens if you touch someone's iPad without warning. But be prepared to run.

Google's growing ability to absorb, digest, and destroy online paid services (this in particular is starting to make Spotify look like a real jerk) has been making consumers re-consider the value of online services. Do you think the Google Internet War Machine is threatening the ability of independent developers to monetize and sell online services, or are they simply upping the ante on web standards and user expectations? If you have something to say, feel free to comment below.

Either way, I can't wait for the day they release Google Snacks.