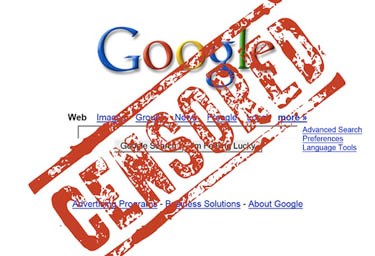 Have you ever used the internet before?

If you answered "no" to that question, stop lying to me. This is the internet. Right now. You're on it, interwebbing at this very moment. Welcome! Have a look around -- it's a pretty roomy place. While you're looking around, take special note of the (mostly) free flow of information which surrounds you. Notice how, due to a relative freedom of information transfer, the internet is quickly expanding with innovation and invention. As a good patriot, you should probably be proud of this rapidly advancing landscape. This creatively uninhibited environment, rife with both the best and worst ideas modern mankind can conjure, has created millions of jobs in America1, even during such stressful economic times. Incredibly complex and efficient search engines allow you to find nearly everything which has ever been put on the internet with just a few keystrokes, online commerce makes it possible to purchase exceptionally rare and foreign goods with ease, and online entertainment providers can present you with a nigh unlimited selection of movies, videos, games, books, and more. The digital world is essentially at your fingertips.

Yet with moves that can only be described as radical detachment from the public interest, there are not one but two acts currently receiving heavy consideration by both houses of the United States Congress which would effectively murder (or at least severely cripple) the internet's value as a creator of jobs, resources, and innovations: SOPA and PROTECT IP. The House of Representatives is currently mulling over SOPA (the "Stop Online Piracy Act"), while in the Senate we have PROTECT IP (the lengthily named "'Preventing Real Online Threats to Economic Creativity and Theft of Intellectual Property Act"). In true Orwellian spirit, both of these acts have pretty fantastic sounding names...after all, how vicious and un-patriotic would you have to be to support internet piracy and intellectual property theft? Well, without even getting into a discussion of the fact that internet pirates are far and away the most likely to also pursue legal options for purchasing music2, we should discuss how these acts stray very, very far from holding up to their names in any way.

In essence and name, these acts seek to institute and enforce the federal regulation of information being distributed illegally online. However, to this end both SOPA and Protect IP fail miserably. Creating a law to stop pirates from stealing digital music has the effectiveness of a law designed to stop people from cursing or overeating, and there are no shortage of means through which pirates can conceal their activities and keep on pirating...in fact, just a few days ago a new anonymous top-level domain appeared outside of the control of ICANN3 (The Internet Corporation for Assigned Names and Numbers), the organization responsible for orchestrating and maintaining the global Internet's system of unique identifiers and stability. And to up the ante a bit more, here's a well written and thorough discussion on SOPA/Protect IP which includes a list of known methods pirates can use to circumvent them.

In addition, both of these acts feature an incredibly dangerous combination: broad regulatory powers and vague language. This deadly cocktail makes bad legislature, establishes inconsistent policies, potentiates abuses of power, and sets dangerous precedents -- in this case precedents which can be used as justification for the censorship, fragmentation, and maltreatment of our ability to globally access and distribute information of all kinds. SOPA, for example, allows the government to order the shutting down of domains which are "capable of" or that "seem to encourage" copyright infringement such as, oh, Google, Bing, Yahoo, Facebook, Twitter, LinkedIn, and anything through which potentially copyrighted material can pass through...unless these organizations and companies go through a thorough restructuring and, in compliance with the new law, dedicate an incredible amount of resources to policing and strictly protecting their content. Nameservers, vital aliasing and distribution networks of portals, systems which are letting you read this right now, are also under the knife with SOPA. Nameservers can provide multiple, entirely unrelated websites with their aliases, and under the regulations of SOPA and Protect IP entire nameservers can be shut down if a single page of a single website it distributes maybe, kind of, sort of has the potential to contain a single piece of copyrighted or illegal material.

In other words, federal judges will have the discretionary power to shut down websites at will, while pirates already know of and are creating alternate means for distributing illegal materials regardless. Overall benefit to the American public? Zilch. Meanwhile, ISPs and hosts can simply move offshore in order to dodge some of the stringent and costly regulations, taking their American money and jobs with them 4. Oh, I forgot to mention one other tiny little thing: the SOPA and Protect IP acts completely ignore and violate constitutional due process5 by inflicting punishments on alleged offenders before their cases even make it to court. This is just one frightening problem on a laundry list of serious legal and civil rights issues which these irresponsible laws create.

There are an incredible number of reasons to be concerned with SOPA and Protect IP, and these overreaching acts should not be allowed a free ride into codified law on the coattails of deceptive names and good intentions. If you have a moment, please consider contacting North Carolina's members of Congress to let them know you in no way support these useless infringements upon free speech. SOPA is scheduled for markup, a Congressional review and amendment process, on December 15, so we have very little time for action. The American public has absolutely nothing to gain from SOPA and Protect IP except economic damage and a censored lifestyle. Let's help make sure these acts never pass into law.