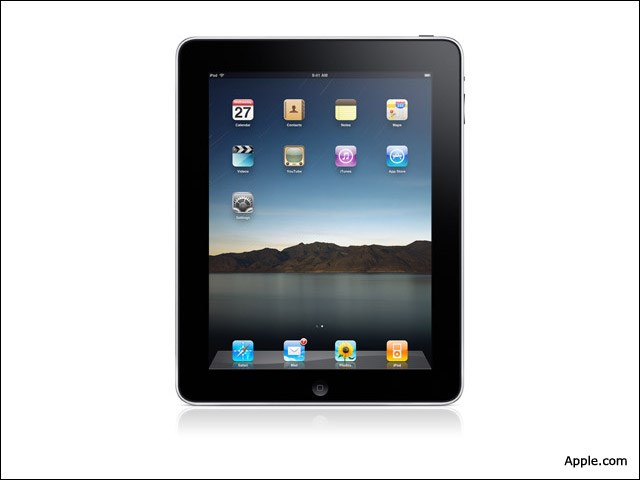 Have you heard of this new thing? They call it an "iPad".

Seriously. I feel a little guilty writing this and contributing to the self-perpetuating beast which is the Apple Media Steamroller Machine, but let's face it: iPads are kind of cool. They're like a book, except you don't necessarily have to read, and when you poke them a lot of cool stuff can happen. There's a lot of tablets in the market, but "the new iPad" (Apple's words, not mine) features the angriest birds, the most photographical cameras, the most pixel-packed screen around, and boasts both the softest wares and the hardest wares*. Cool new screen and 4G support aside, however, the new iPad seems suspiciously like the old iPads and warrants the question: do we really need it?

Don't ask that question too loudly though - Apple's iStuff has a fanbase more rabid than a horde of Tickle-Me-Elmo hungry housewives circa 1996, and some wouldn't hesitate to rip your spine out at the drop of a hat if it meant a chance to test a new iWhatever before its public release. Some people get really worked up over Apple stuff , in case you weren't aware. We even have a few iPads floating around the office, and their technological appeal is undeniable. More than 11 million iPads alone were sold in the last quarter of 2011 - about 75% of the total tablet market. The iPad reigns supreme as a flagship device for Apple and suggests a tablet-heavy future for personal computing.

Personally, I'm still on the fence - iPads are a good consumer product, but lack the tech specs and power necessary to truly perform the tasks of full-blown laptops. For the average user an iPad might be useful, but for audio/video editing, programming, and power use, which together take up the bulk of my computer time, an iPad doesn't yet cut the mustard. Adobe has released a very, very lite version of Photoshop, called Photoshop Touch , which is useable on iOS and Android tablets, but until we have full-blown Photoshop, some sort of A/V solution, and maybe if I say "pretty please" Coda (I'll take Notepad++ or Dreamweaver if I have to, even) I'll be sticking to regular old computing.

Oh yeah, company plug time. BlueTone Media is awesome at making iOS apps and tablet-friendly custom website designs - seriously! We've been working hard (No kidding. A pallet of Red Bull would last us about two days.) to keep up to snuff on the latest in responsive web design techniques, cutting-edge lightweight programming, and a future-friendly approach to building and maintaining websites. Don't hesitate to contact BlueTone Media if you want a website, think you might want a website, think that websites are cool, hate me for not being all pumped about iPads, hate the internet, love the internet, or just want to say hello.

Also, BlueTone Media has started up a Google + business page .