Kickstarter And The Money Avalanche 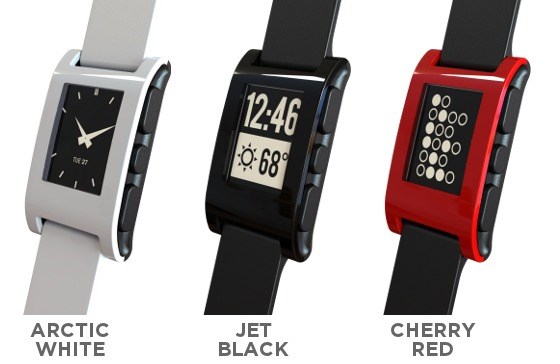 A Pebble Becomes a Boulder

Fundraiser website Kickstarter has been a hugely popular phenomenon amongst start-up, DIY, and small enterprise organizations for the last few years - particularly in our area, where dozens and dozen of different groups have tried (with varying levels of success) to raise the money they need to pursue their dream projects. In fact, Wilmington is one of the most popular Kickstarter cities in the country, with several successful Kickstarter campaigns under their local, hand-made belts, and there's plenty more coming. At the time of this writing, there are 39 active Kickstarter projects in Wilmington - with each project having a month to get funded, that averages out to more than one campaign being started per day in Wilmington alone.

Crowdfunding, the idea of sourcing financial backing through large groups in which individuals make piecemeal donations, has been on the social movement radar for more than a decade now: in fact, the band Marillion has been funding tours and recording projects as far back as 1997. Most early crowdfunding projects were for musicians and bands, and most early crowdfunding websites (such as Sellaband) reflect this. However, as the crowdfunding movement has gained popularity, more and more small ventures and independent enterprises have turned to their friends, family, and the kindness of donation-happy strangers to help finance their dreams.

Most crowdfunded campaigns online (such as IndieAGoGo) offer quirky "rewards" for their backers - donate $25 or more and get a personal caricature postcard and a bag of glitter - donate $50 and get a small butter sculpture of yourself, and so on. The majority of crowdfunded projects online also ask relatively modest amounts of their backers, and by establishing a slightly low bar for their target budget hope to 1. ensure their funding goals are met, 2. not rile suspicions of laziness, and 3. legitimize their campaign's (and their) ability to finance effectively. Oftentimes, successful projects receive more donated money than their minimum budget, and they are free to keep this money for use with their campaign.

The success of each crowdfunding campaign depends on its support network and its ability to use online and offline promotion effectively. Some projects fall short of their goal (a circumstance which, for most crowdsourced campaigns, mean they receive nothing), some projects barely make their target goal...and some projects, one in particular, go far and beyond what they could have ever expected.

That's right...and counting. The Pebble project still has 22 days left, meaning that people can keep donating if they so desire. Admittedly, the product is an exciting idea - an e-ink display digital watch which is smart enough to have its own apps, and which can easily sync with your iPhone or Android device. It can function as a timekeeper (as watches are often known to do), pedometer, media player remote, golf rangefinder, and way more. But $6.6 million? Yikes.

This raises an interesting question: what happens when your crowdfunded campaign raises more than sixty times what it intended? There must be huge pressure on the makers of Pebble, aptly named Pebble Technology, who now have more rewards to send out to their backers than they could have possibly conceived. And the rewards themselves? Pebble watches. Thousands of them.

Indeed, funding this project might just be a steal for backers: roughly each $100 in donations purchases a Pebble watch, while they expect to retail the Pebble for $150. That's a 33% discount to get the newest and hottest technology available before anyone else, and at the same time to brag that you were a part of making it happen. And not only is Pebble selling their items at a discount  - they're eating a lot of that donated cost from the very beginning to set up manufacturing and production systems on a much larger scale than they intended with their target budget of $100,000. So, depending on how you look at it, the Pebble Situation is either the best windfall for a Kickstarter company ever, or a little bit too much of a good thing...either way, I still want one. I think I'll wait for them to figure this all out, though.

Want to donate to some worthy causes?

Or, if you feel like beating a (money-stuffed) dead horse, head over to the Pebble Kickstarter.