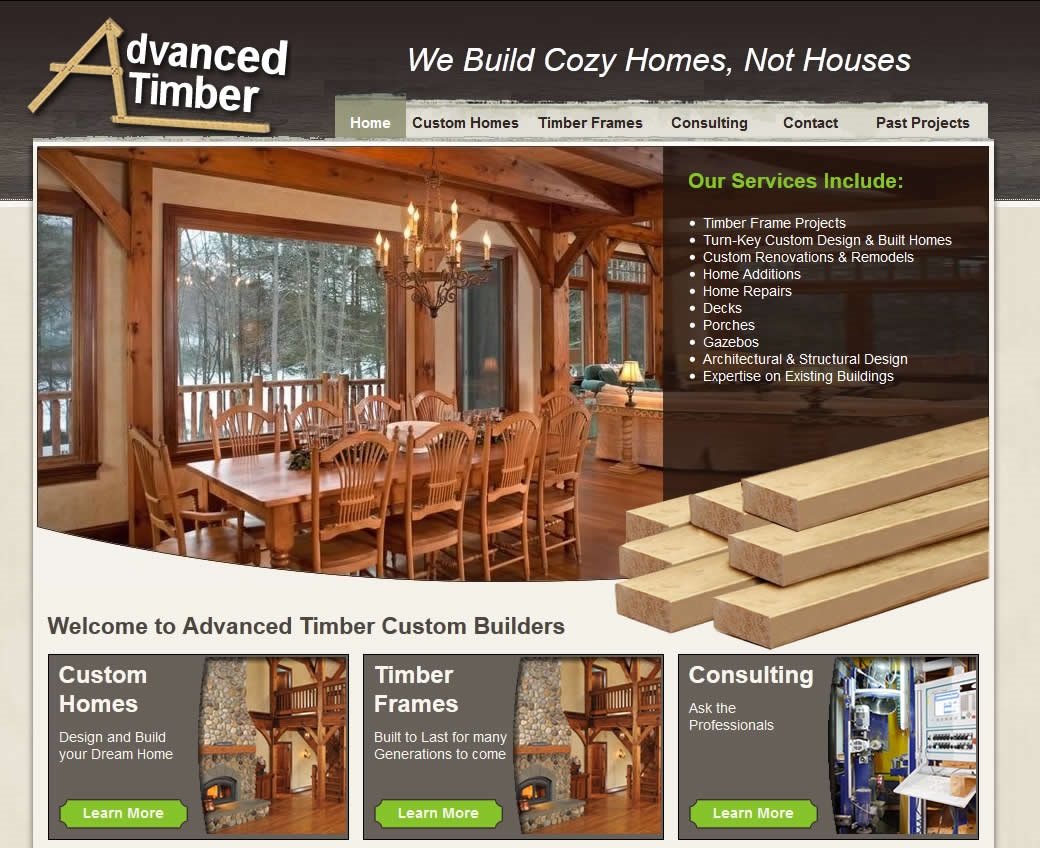 I'm so thankful I found you guys.

Seriously Advanced Timber, it's awesome to see you guys at work. Look at that! Legitimate blueprints, support beams, quality wood and materials...real architectural planning?! This is so...advanced! I guess you can tell more from a business name than I'd like to admit.

See, last month I hired a company called "Not So Advanced Timber" to help me build my home. Their prices were competitive, their sales force was confident, and they quoted that it would take about a week to build my whole house. I couldn't believe it! It sounded like a great offer, so I signed them on and told them to get to work.

I first noticed something was strange when, the next morning, they showed up carrying lumber...on their backs. First I thought it was a joke, then I thought perhaps they were going for a "rustic" approach, but no...these guys were serious. It didn't even occur to them to bring the wood in a truck, or even like use a horse or something. They didn't have ropes, and they came from what must have been about 7 miles away.

So they spent an entire day hauling in wood by hand, sweating and grunting and occasionally giving each other a celebratory headbutt. I was so confused that I didn't have the heart to ask them what on earth they were doing, so I just kind of kicked back with some lemonade and enjoyed the spectacle.

The next day, after running some errands, I can home to find several of the workers having a heated argument while crowded around a large blueprint, laid flat on the ground. I approached to see if I could contribute any meaningful input, but as I drew near I saw the "blueprint" in question and nearly passed out. Here, want to see it? I saved a copy. 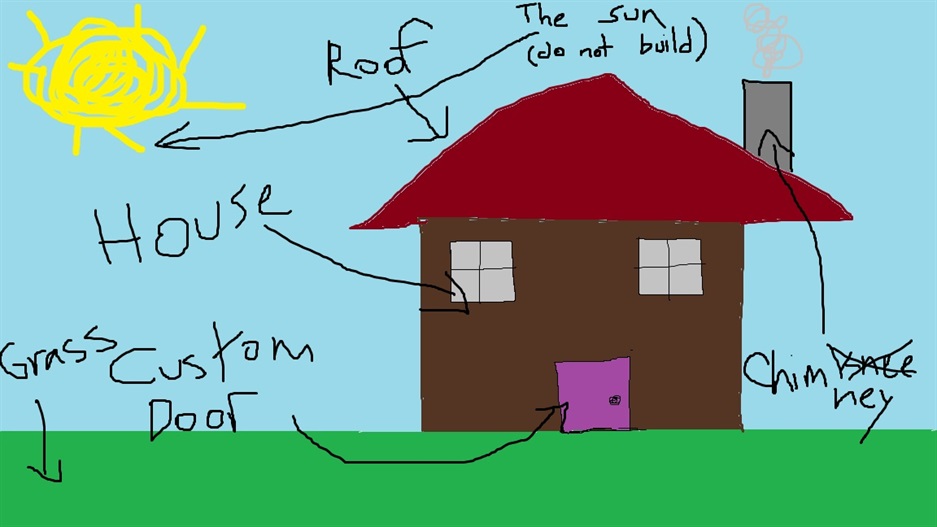 I had to get the police to escort those guys off the property because they kept trying to carry all their wood back out and it was taking forever. I lost my deposit but you know, I'm glad I didn't follow through with that investment. Can you imagine the destructive force of those dudes using power tools?